Since you have discovered the beauty of the Baltics, let us woo you into choosing Lithuania for your first (but definitely not last) summer in the Baltics.

Lithuanians are proud people who take pride of a lot of things:

For example, they take pride in the fact that at the 15th century, the Grand Duchy of Lithuania was almost 14 times bigger than it is now. A famous legend tells that Vytautas Magnus, the Great Duke of Lithuania at that time, let his horse drink from the Black Sea. Whether the horses liked salty water is a different question;

Fast forwarding to a more recent history, Lithuanians have the largest number of air balloons per capita. It does not mean that an average household has an air balloon and uses it to commute to work every day, but enjoying a wonderful view from above once in a while is indeed a great pleasure;

Lithuanians have one of the fastest Internet speeds in the world. While you won’t probably come to a country because of the speed of the Internet only, admit that it is a great bonus.

Lithuanians like basketball. We have quite a handful of other distinguished sportsmen but winning the approval of a Lithuanian is easy, if you know some Lithuanians playing at NBA.

While you won’t see any impressive mountain peaks, you might enjoy the excessive greenery, forests and some unique natural monuments like the Curonian spit (we do not have a long coastal line, but the one we have will be enough to blow your mind!). You may also take a walk in a forest 20 meters above the ground in Anykščiai, visit a castle in the middle of the lake in Trakai, see some of the last European bisons in Europe or have roadtrip along Nemunas River, enjoying the banks of Nemunas on the left and the scenery of mounds, castles and manors on the right.

International membership: NATO member since March 29, 2004, Member of European Union since May 1, 2004 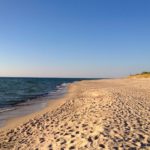 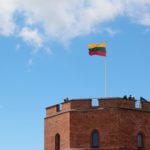 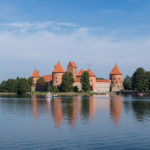 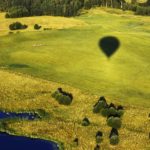 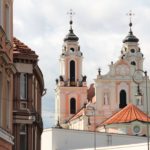